Federal law criminalizes certain statements and acts intended to interfere with the investigation of crimes and the administration of justice. This broad category of crimes includes perjury offenses, false statements, and obstruction of justice.

Basic Law of False Statements as a Federal Crime

False statements are criminalized under 18 U.S.C. § 1001. This law covers false statements made to law enforcement agencies like the FBI or to federal prosecutors in the Department of Justice, as well as false statements or acts taken to hide information from other agencies within the three branches of the federal government. Like perjury charges, the government must prove that the statement is materially false. The person making the statement must do so with the intent to deceive the government, rather than merely making a mistake. There are numerous potential defenses to false statement charges, depending on the facts and circumstances of a particular case. As with perjury, working with a an experienced federal false statements lawyer is the surest way to protect yourself from being charged with making a false statements. As with perjury charges, a seasoned false statements attorney will advise you on questions such as your legal rights, facts that may be protected by privilege, matters that should be disclosed to authorities, and whether you should speak with authorities at all in a particular case.

Basic Law of Perjury as a Federal Crime

Federal perjury offenses are governed by 18 U.S.C. §§ 1621, 1622, and 1623. Collectively, these statutes make it a crime to testify falsely before a court, other tribunal, or a grand jury, or to persuade other individuals to commit perjury (suborning perjury). When facing perjury allegations, the details and circumstances of the alleged offense are of paramount importance. For example, if the false statements were not made under oath, then there can be no perjury conviction. Additionally, the prosecutor needs to prove that the false statements were “material,” that is, capable of influencing the factfinder to whom the statements were made. Finally, the perjury statutes have subtle but important differences that should be considered when evaluating the merits of a perjury case and presenting your case in court. As with any serious federal white collar offense, it is critical to obtain the counsel of an experienced federal perjury attorney to represent you and protect your rights when facing these charges. If you are being subpoenaed to testify before a grand jury or in federal trial proceedings, a knowledgeable federal perjury lawyer can also help you to avoid these charges by advising you regarding your rights and legal obligations when testifying under oath.

Basic Law of Obstruction of Justice as a Federal Crime

Obstruction of justice refers to “noncompliance with the legal system by interfering with (1) the law administration or procedures, (2) not fully disclosing information or falsifying statements, and (3) inflicting damage on an officer, juror or witness.” Black’s Law Dictionary. Most commonly, this refers to attempts to impede legal proceedings or criminal investigations. However, federal law criminalizes a wide spectrum of conduct as obstruction of justice in a number of statutes: 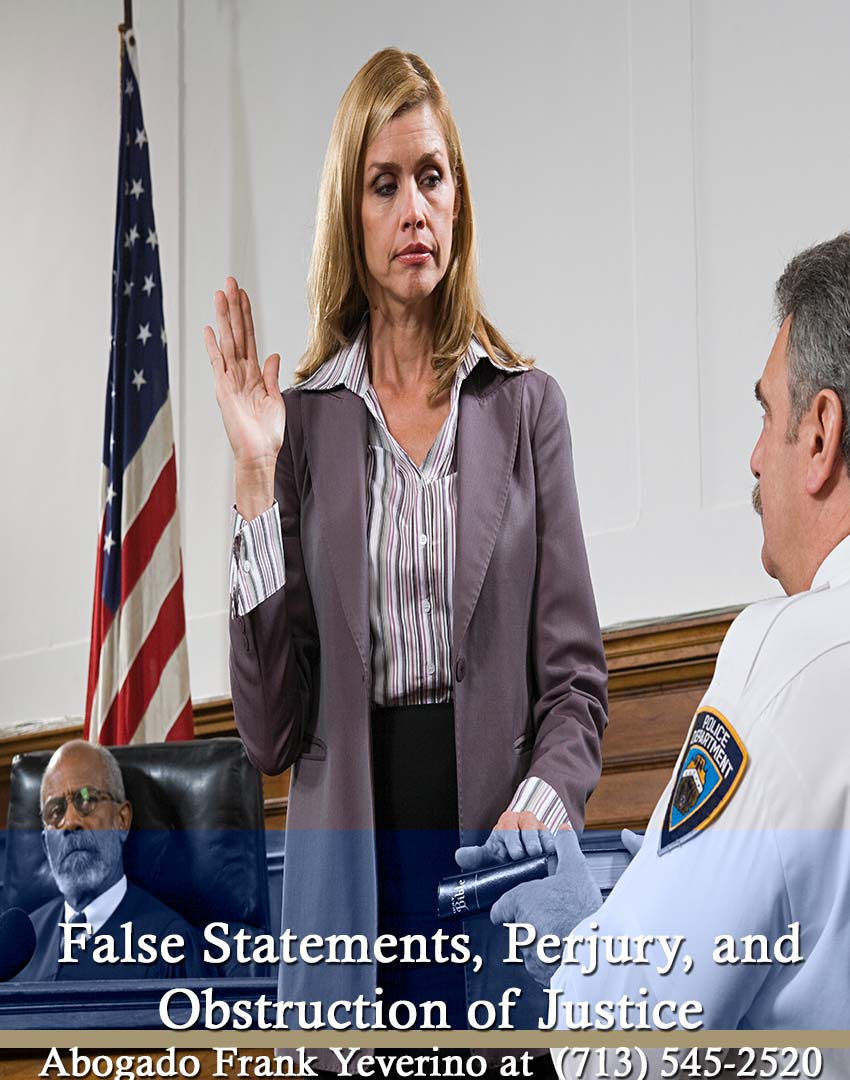