To commit robbery, the person usually must intent to either intimidate or harm a person through the use of a weapon. The crime of robbery involves the force, intent to use force or intimidation or the act of stealing something from someone and harming him or her in the process. Most robbery consequences are severe because other aggravating factors exist such as the injury of the victim, death and multiple instances of harm.

This could also include the emotional stress, psychological damage through assault and property destruction. However, the person may hire a lawyer to defend against the charges or to reduce possible penalties through proving the illegal activity was not robbery.

The crime of theft could exist in various legal infractions that the person faces through charges from local law enforcement. The person could steal something from someone and not suffer a robbery charge. However, if he or she used force or intimidated the person, the charges often escalate. Another incident could include a weapon aimed at or in the vicinity of the victim and still lead to a robbery charge. However, robbery does not occur if there is no weapon, confrontation with the victim or force of any kind. A lack of intimidation or assault may change the charges to simple theft or another larceny charge.

Depending on the circumstances of the crime, the person convicted of robbery may face a mandatory sentence or certain guidelines that increase or decrease the amount of time in jail or prison. The sentence possible generally runs through a range suggested by the statutes that cover the illegal activity. The punishments the courts give the person could include a variety of possible penalties to include fines, counseling, community service and extensive time behind bars. Certain factors may alter the imposed sentence to include the age of the defendant, any arrests or previous convictions and any mitigating circumstances such as his or her unwillingness to harm the victim.

Other factors of robbery sentencing include the degree of robbery. One such penalty for a second-degree charge could impose two to five years in a state prison. The judge may decide which sentencing the defendant will face depending on the facts of the situation, what occurred during the illegal activity and other elements involved in the process. Some states have minimum and maximum terms for putting the person behind bars while others permit the judge to impose his or her own ruling based on the evidence available. Some penalties include up to fifteen years in a state prison.

The individual convicted of robbery may face prison, probation or additional penalties through fines, community service and acts of restitution. Community service extensions may happen for those that cannot pay the necessary restitution to the victims of the robbery incident. Any added factors that increase the degree or severity of the crime may cause further penalties or an increase in the ones the judge chooses. The value of stolen property along with any damage to the victim generally are the important factors that elevate the crime. The level of intimidation and force against the other person are important in these illegal acts.

In robbery, the severity of the crime increases significantly if the victim dies or suffers undue torment. For the perpetrator of the crime, he or she may face additional charges or further sentencing based on how he or she treated the victim. Use of weapons, assault and battery and intentional harm are all essential elements of these circumstances. However, there are other mitigating factors that could decrease the severity as well such as the voluntary release of a victim or the return of property.

When facing charges of robbery, the accused needs to hire a lawyer to defend against the charges. He or she may reduce possible sentencing by proving mitigating factors or a lack of victim involvement. Some may need to prove to the judge that the situation was less severe or did not pose a serious threat to the victim. 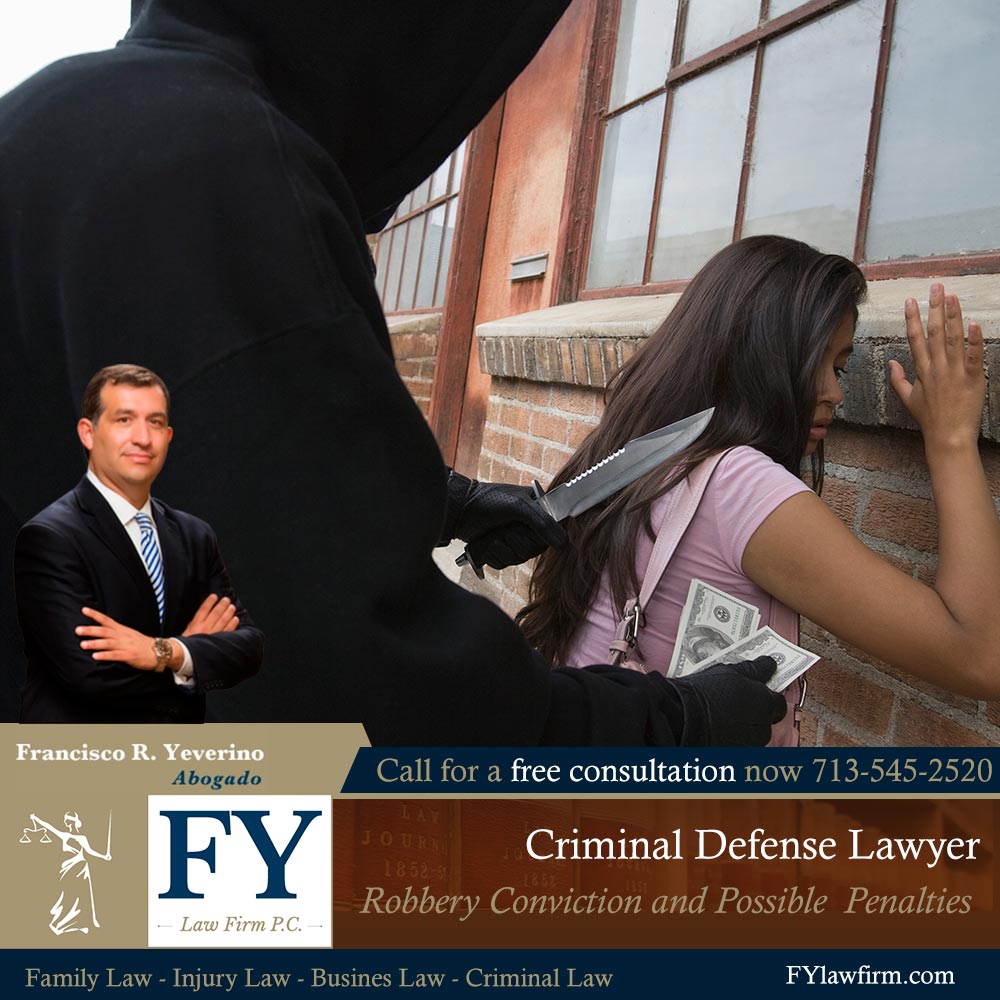