How to Help a Detainee in an Immigration Hold

An immigration hold (also called a detainer) refers to when an undocumented or illegal immigrant who is already in jail is held, often past the person’s scheduled release date, for transfer to Immigration and Customs Enforcement (ICE).

The hold lasts for 48 hours, during which time ICE is supposed to pick the person up. (If it doesn’t, then technically you can argue for release, but doing so usually triggers ICE picking the person up anyway.)

Checking in on who is in jail and whether they are in valid immigration status is a common ICE strategy for apprehending undocumented aliens. Even people with green cards (lawful permanent residence) can have immigration holds placed on them, if they committed the type of crime for which a person can be deported.

The placement of an immigration hold can be very disappointing for friends and relatives. Just when you thought the person was going to get out, he or she is transferred to an Immigration Custom Enforcement (ICE) detention center. These detention centers are separate from ordinary jails, and often located in distant locations -- sometimes in another state.

What Will Happen Next

A person held by ICE has a right to have his or her immigration case heard before an immigration judge -- unless, that is, an order of removal is already outstanding against the person. In that case, he or she likely has no right to any further hearings, and will be deported from the United States.

The first hearing will be a short one, to set a bond amount for release while awaiting the next hearing. The next hearing will fully cover the merits of the person’s case. With the help of a lawyer, your family member may be able to argue against removal. For example, it might be possible to show that your family member actually has a right to a green card or (if he or she already has a green card), that the crime committed is not actually enough to make a person deportable.

The hearings will be scheduled automatically, unless your family member makes the mistake of signing a document agreeing to be voluntarily removed from the United States. For more detail on the process, see The Immigration Hold Process After Jail.

What Family Members and Friends Can Do.

If someone you know has been detained after an immigration hold, the first thing to do is to find out, if possible, which detention center the person has been transferred to. If your relative calls you, ask for details. Also tell him or her not to sign anything until you have gotten an attorney to advise you.

Be warned: Transfer between facilities is not uncommon. Even after you figure out where your family member is today, he or she may be moved to another facility tomorrow, with very little warning.

Consult an immigration attorney as soon as possible – preferably as soon as your relative is arrested. Agreeing to a guilty plea to avoid jail time can backfire if it leads to deportation. In fact, look for an attorney who has a subspecialty in how the immigration laws treat criminal matters. The attorney can help you figure out which facility your relative is being held at (though doing this can even be challenging for attorneys) and prepare a defense against any upcoming removal proceedings. 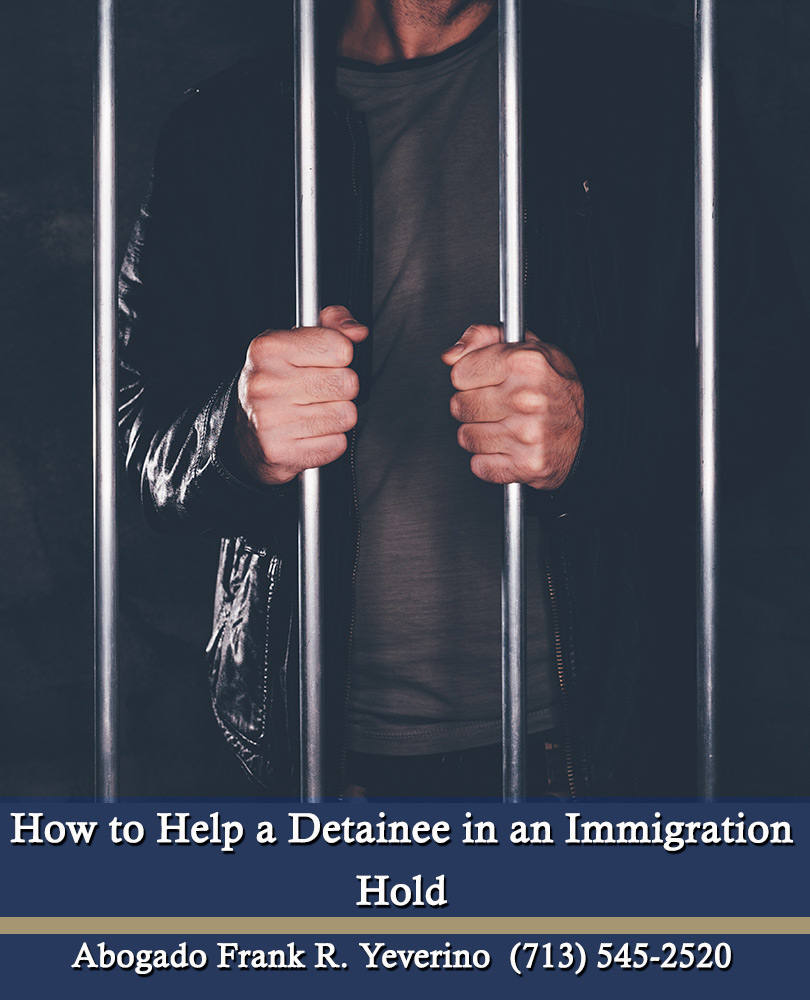